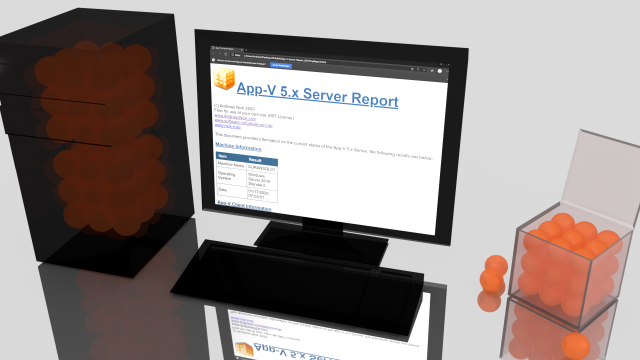 The basic version of the App-V server and vault report was created as a PowerShell script in mid-2019. In the tradition of Carl Webster, originally only one documentation script was to be created for an App-V environment. That means information about the SQL Server, the database and installation parameters as well as the provided App-V packages.In 2019 I quickly realized that this is a nice report but it does not contain the information I wanted. It often happens, for example, that the import of external configuration files is forgotten. Then no scripts are running or the services in the package are not deactivated and the user gets an update message after starting his application. Deployed applications behave strangely on the client and nobody knows why. Especially it is also a problem if those who once built the packages are no longer in the company. Nobody can know where which scripts are running and QA is everything.

Now we have tackled this topic again at the end of last year and have extracted all possible information from an App_V package with the new PowerShell module AppVForcelets. With this information it was now possible to revise the report generation. We now get: 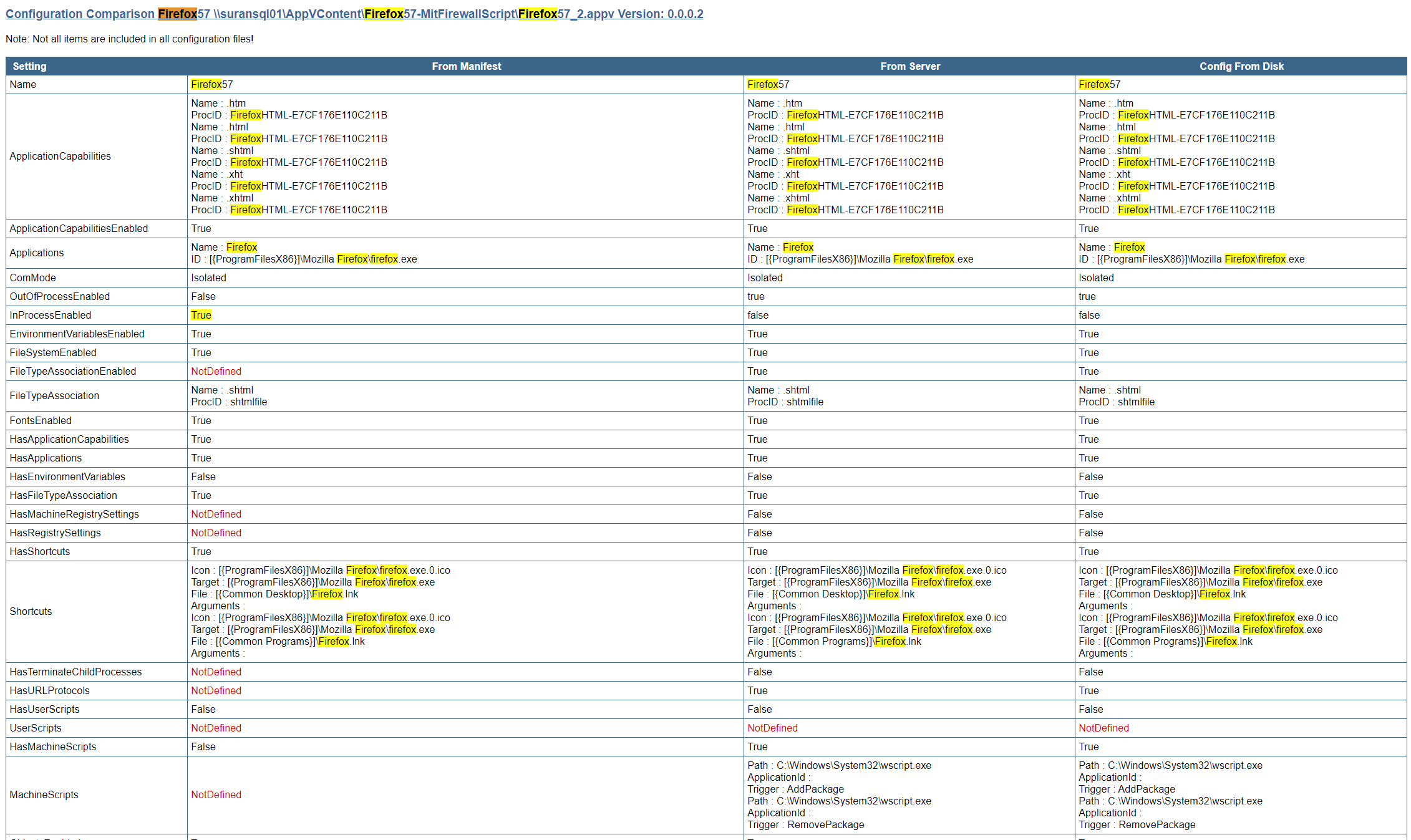 - Display of all packages with ShellExtensions

- Display all assemblies contained in the packages

- Display of all packages with services

The whole thing is a PowerShell script. The download link can be found at the bottom of this script. Currently it is a beta version. We have tested the script in some environments without any problems. But I can't guarantee anything. Save your data before using it and use it at your own risk!

The script must be run on an App-V Management Server. Test-AppVServer.ps1 provides a minimal report.

As return value we get the path to the report. For example to be able to save it or send it by e-mail. 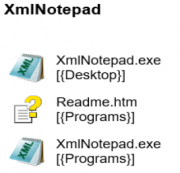 If the parameter -StartBrowser is missing, a temporary folder is automatically taken but maybe all reports should end up in one directory?

Note: Extracting the icons may take longer. For detailed information the switch -Verbose is recommended. Then something more happens in the PowerShell.The module AppVForcelets can be installed via the PowerShell Gallery or you can simply install it in the script directory as in the download below.

The screenshot shows an example flow for a full report. 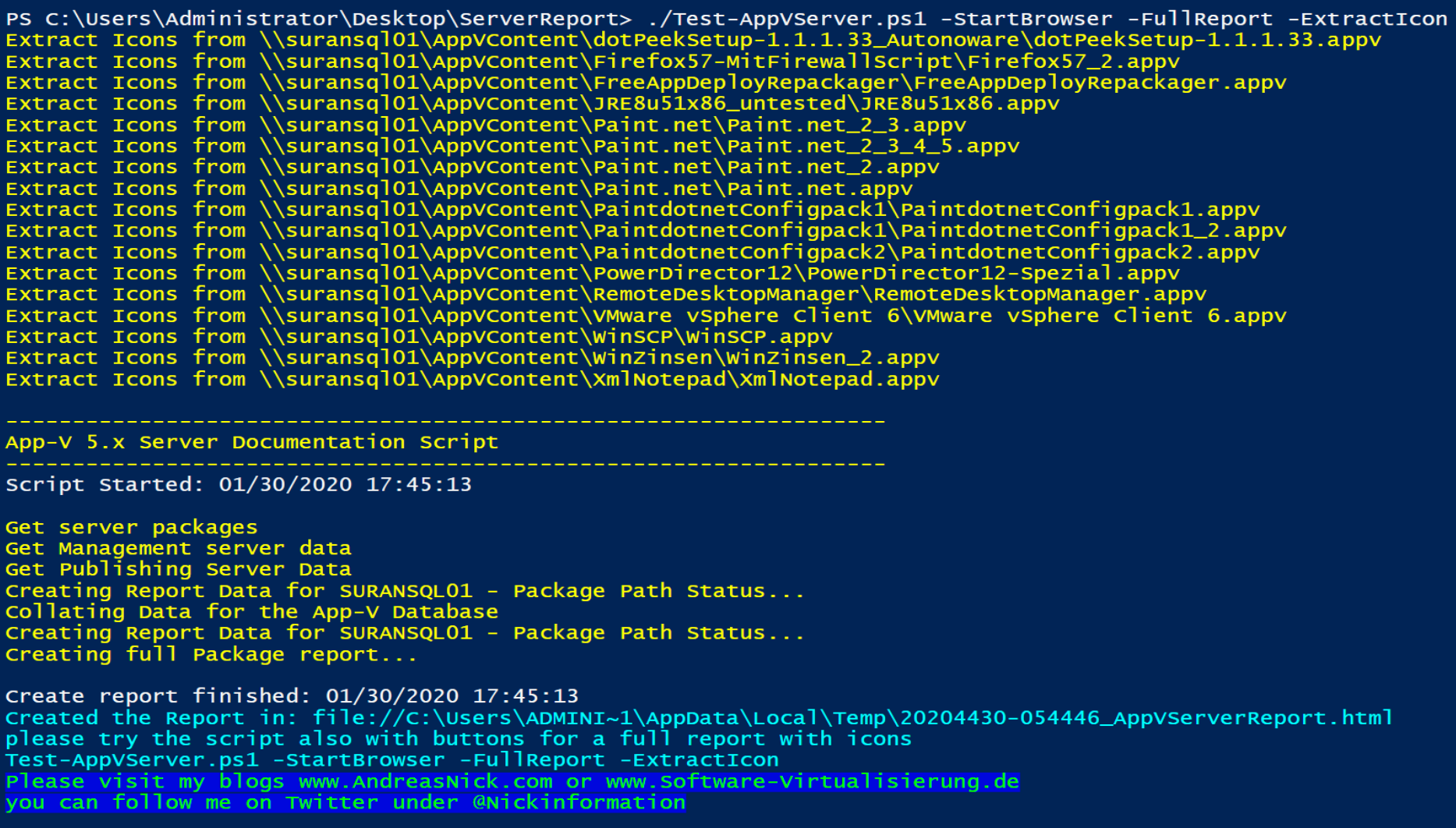 App-V Edge Problems: The IE Mode And The Fonts Subsystem