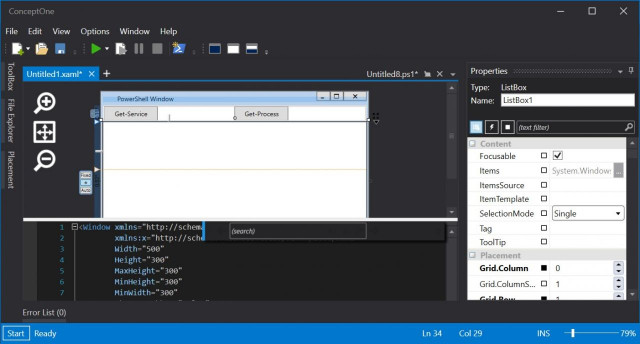 The ConceptOne PowerShell and WPF (Windows Presentation Editor) editor is a new editor by Tobias Welter and a holistic solution for providing PowerShell scripts with a GUI (Graphical User Interface). After the extension ISESteroids for the PowerShell ISE (Install-Module -Name isesteroids -Scope CurrentUser) Tobias is now programming a completely new editor. This will have the ability to edit WPF interfaces directly in this editor. This makes it possible to quickly add a GUI to your own PowerShell scripts to pass them on to colleagues without PowerShell prior knowledge.In addition, the new editor already shows a significant improvement in performance for the IntelliSense feature. In the PowerShell Unser Group Hannover we were allowed to test the editor already in early 2018. With the PSConf.EU 2019 Tobias has now officially released a version and given permission to write something about it. Much in the editor is reminiscent of Visual Studio code.If you are interested in Concept One you have to wait for an official release.

On the left side of the editor there are several toolbars. WPF elements are defined here. Under adnerem there are also Xceed WPF tools included in this preview. For example via a calculator in the WPF interface. 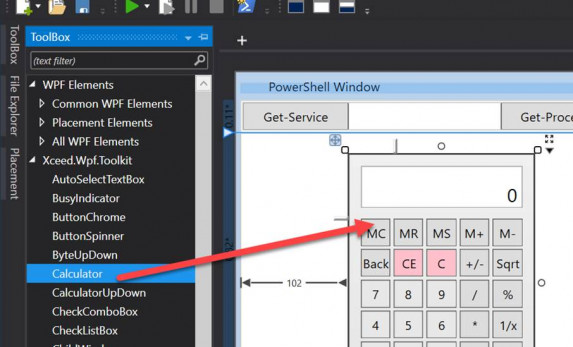 There is also a toolbar for the project and for all current WPF documents in the project. 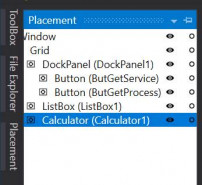 Via a toolbar elements are simply sucked into the WEB editor. Here "Rows" and "Columns" are defined by defining a column or row at the edge of the window. The element can then be dragged from the toolbar into this area. 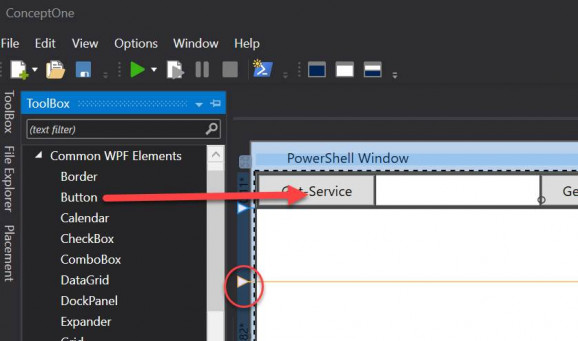 On the right side of the editor you will find the Properties Toolbar. All properties of the elements in the GUI are edited here. So size, position etc. Various standard values are given by the editor. These can be overwritten but make your work much easier. 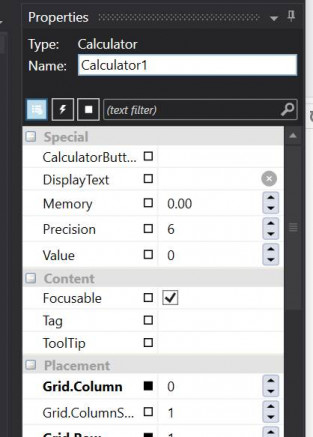 Furthermore the PowerShell functions are defined, which are called for a certain event. 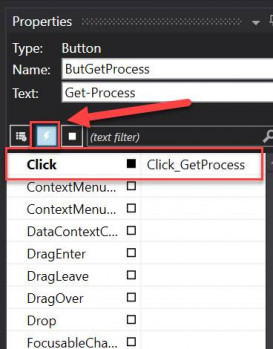 A corresponding script block is generated in the PowerShell script. Here for the event "Click" in the button GetProcess 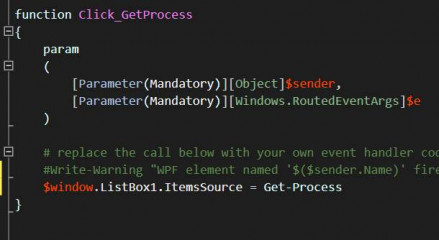 I have created a small example here that applies Get-Process or Get-Service to a list element at the push of a button. 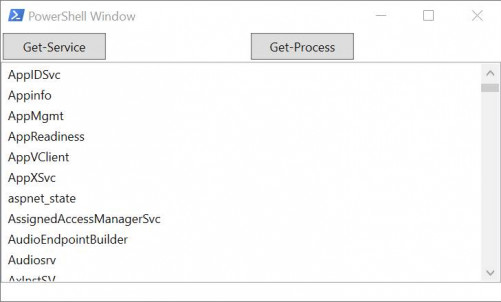 I can't say that much about the editor yet. Only that an extremely fast IntelliSense uses function. 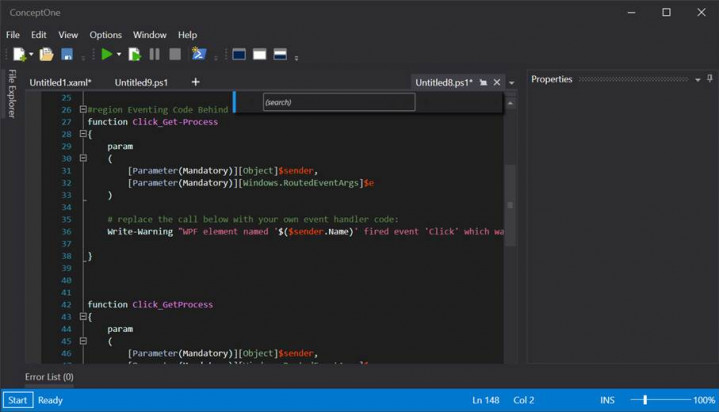 I hope there will be an official release soon and hopefully all functions of the ISE steroids will be included. At the moment the concept makes a round impression and it is a lot of fun to work on a GUI there. I don't miss any feature from Visual Studio.

PowerShell Sign Code And Upload In The PowerShell Gallery

A Simple On Screen Keyboard In PowerShell